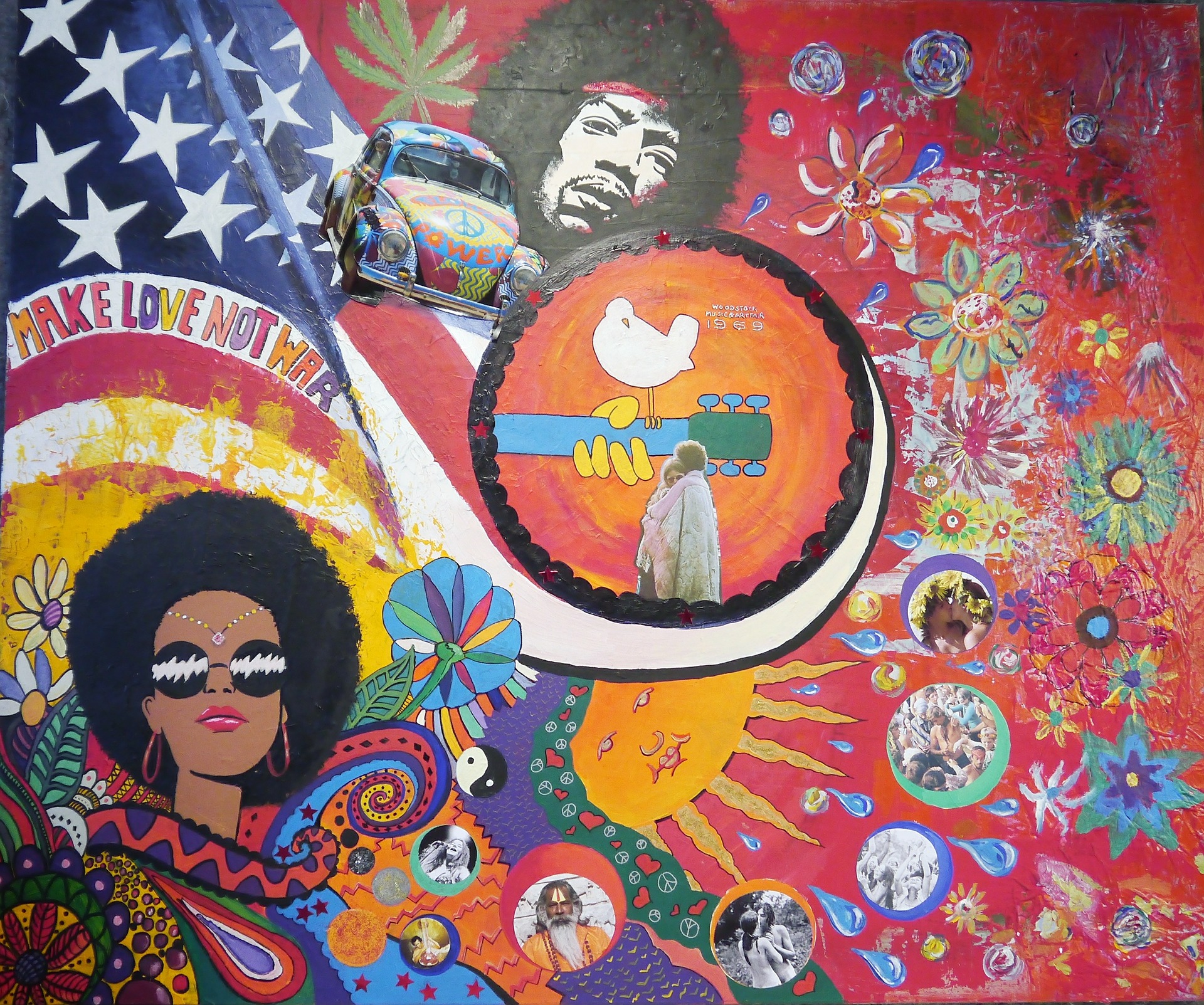 Gradually, public opinion began to diverge from the fear-based “War on Drugs” propaganda, even while arrest rates increased.

“By 1965, the epidemic of drugs on [college] campus[es] occupied the front pages of newspapers, but neither journalists nor legislators had any enthusiasm for locking up America’s best and brightest for what increasingly seemed like a trivial offense.

By the 1960s, even Anslinger conceded the criminal penalties then in force for youthful marijuana use were too severe. In 1967, not only hippie activists but the solidly mainstream voices of Life, Newsweek, and Look magazines questioned why the plant was illegal at all.”[17]

The Nixon presidential campaign however, saw an opening and took it. They renewed the War on Drugs with fervor as part of the racist, anti-feminist, and evangelical Christian “Southern Strategy”[18]. Nixon’s advisor John Erlichman continued the dirty work of Harry Ainslinger.

“The Nixon campaign in 1968, and the Nixon White House after that, had two enemies: the antiwar left and black people. You understand what I’m saying? We knew we couldn’t make it illegal to be either against the war or black… but by getting the public to associate the hippies with marijuana and blacks with heroin, and then criminalizing both heavily, we could disrupt those communities…. We could arrest their leaders, raid their homes, break up their meetings, and vilify them night after night on the evening news. Did we know we were lying about the drugs? Of course we did”[19].

Without any scientific evidence, the 1970 Comprehensive Drug Abuse Prevention and Control Act designated cannabis one of the most dangerous drugs categorized in the US: a Schedule I drug. This scheduling meant cannabis had no potential medical use and made research on the plant a bureaucratic nightmare.

“Nixon’s director of the Narcotics Treatment Administration recalled to Frontline documentarians that when he joined the administration the president told him, “You’re the drug expert, not me, on every issue but one, and that’s decriminalization of marijuana. If you make any hint of supporting decriminalization, you are history. Everything else, you figure it out. But that one, I’m telling you, that’s the deal.”

There was a tautological aspect to Nixon’s opposition to marijuana. The president, whose preferences ran toward mixed drinks, detested marijuana precisely because the drug was illegal, and to smoke pot was to embrace the lawlessness that he saw as sweeping the country.

“Believe me, it is true, the thing about the drug [marijuana], once people cross that line from [unintelligible] straight society to the drug society, it’s a very great possibility they are going to go further,” Nixon told Linkletter in a private conversation preserved by the White House’s secret taping system. “You see, homosexuality, dope, immorality in general. These are the enemies of a strong society. That’s why the communists and left-wingers are pushing the stuff, they are trying to destroy us” [20].

In 1977, President Jimmy Carter called for Congress to decriminalize cannabis, but his request went unheeded. In 1982, First Lady Nancy Reagan’s “Just Say No” campaign, followed by the ineffective Drug Abuse Resistance Education (DARE) program[21] continued the push to keep addiction a police matter rather than one for health care. These seemingly innocent messages, purported to keep America’s children safe, perpetuated the cycles of crime and addiction.

And the mainstream public bought into it wholeheartedly.

They had completely forgotten the origins of this “War on Drugs” and accepted the premise that it was for their own protection. Henry Smith Williams, a doctor whose brother (also a doctor) had been arrested for treating addicts in California, published his book Drug Addicts Are Human Beings in 1938.

“The book contained a prediction. If this drug war continues, Henry Smith Williams wrote, there will be a five-billion-dollar drug smuggling industry in the United States in fifty years’ time. He was right almost to the exact year. The story of the Williams brothers, and all the doctors who were crushed alongside them, was so successfully wiped from America’s collective memory that by the 1960s, Anslinger could say in public that doctors had always been his allies in the drug war. “I’d like to see,” he told a journalist, “the doctor who claims he was treated in anything but the kindliest fashion”” (p. 41)[22].

Despite all the fear-mongering, the scientific and anecdotal evidence on cannabis does not, and has never supported it’s characterization as a dangerous Schedule I drug. Worse, the effects of this “War on Drugs” are still felt by many across this nation—disproportionately in communities of color.

“About 800,000 Americans are arrested annually for marijuana offenses, mostly simple possession. Few wind up in prison as a result of a first offense, but this encounter with the criminal justice system can have serious consequences, including the loss of eligibility for federal student financial aid and subsidized housing.

And the “three-strikes laws,” which 22 states and the federal government passed between 1993 and 1995 and which mandated stiff prison sentences for a person convicted of a third felony, ensure that marijuana offenses can lead to dire results.

Although black Americans smoke pot at a nearly identical rate as whites, they are nearly four times more likely to be arrested because of it.”

17. Siff, S. (2014, May). The Illegalization of Marijuana: A Brief History. Retrieved June 24, 2020, from http://origins.osu.edu/article/illegalization-marijuana-brief-history

20. Siff, S. (2014, May). The Illegalization of Marijuana: A Brief History. Retrieved June 24, 2020, from http://origins.osu.edu/article/illegalization-marijuana-brief-history

21. Siff, S. (2014, May). The Illegalization of Marijuana: A Brief History. Retrieved June 24, 2020, from http://origins.osu.edu/article/illegalization-marijuana-brief-history

23. Siff, S. (2014, May). The Illegalization of Marijuana: A Brief History. Retrieved June 24, 2020, from http://origins.osu.edu/article/illegalization-marijuana-brief-history